This gentleman’s banyan is Indian in origin, although you can also see the influences of Persian and Asian fashions. The traditional banyan, or Indian nightgown, is cut like a coat with fitted set-in sleeves and button fastening. 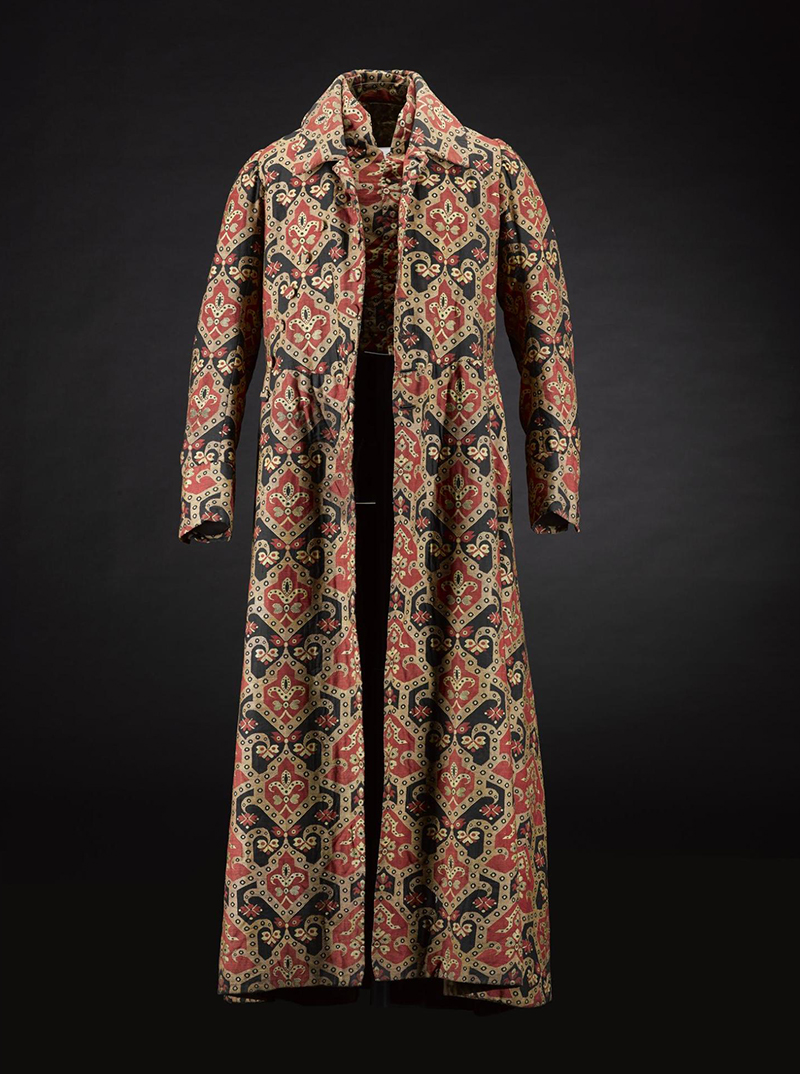 It was worn casually at home as a dressing gown or as an informal coat over the shirt and breeches, and was usually accessorised with a turban or soft cap in place of a formal wig.

Surviving garments from the 18th and 19th centuries show that it changed little over time, other than to loosely reflect the fashionable line of menswear of the period in the cut of the skirts, choice of collar and fit of the body.

From the 16th century, European interest in the cultures of the Ottoman Empire was inspired by vivid travellers’ accounts of foreign lands, translations of fantastical works such as One Thousand and One Nights and the spectacle of Ottoman ambassadors at European courts.

Cultural crossdressing was a long-established tradition among merchants working in the East. While it helped them to assimilate into the local community, adopting exotic forms of dress at home also played an important part in fashioning their identity as a worldly traveller. International experience was integral to social standing; the banyan acted as a signifier of status.

The trend for dressing à la Turque featured time and again as an artistic conceit within European portraiture of artists, philosophers and scholars. They made a conscious political or social statement by distinguishing themselves from men’s everyday fashions. Associating oneself with eastern cultures suggested a superior cultural knowledge – whether real or imagined. 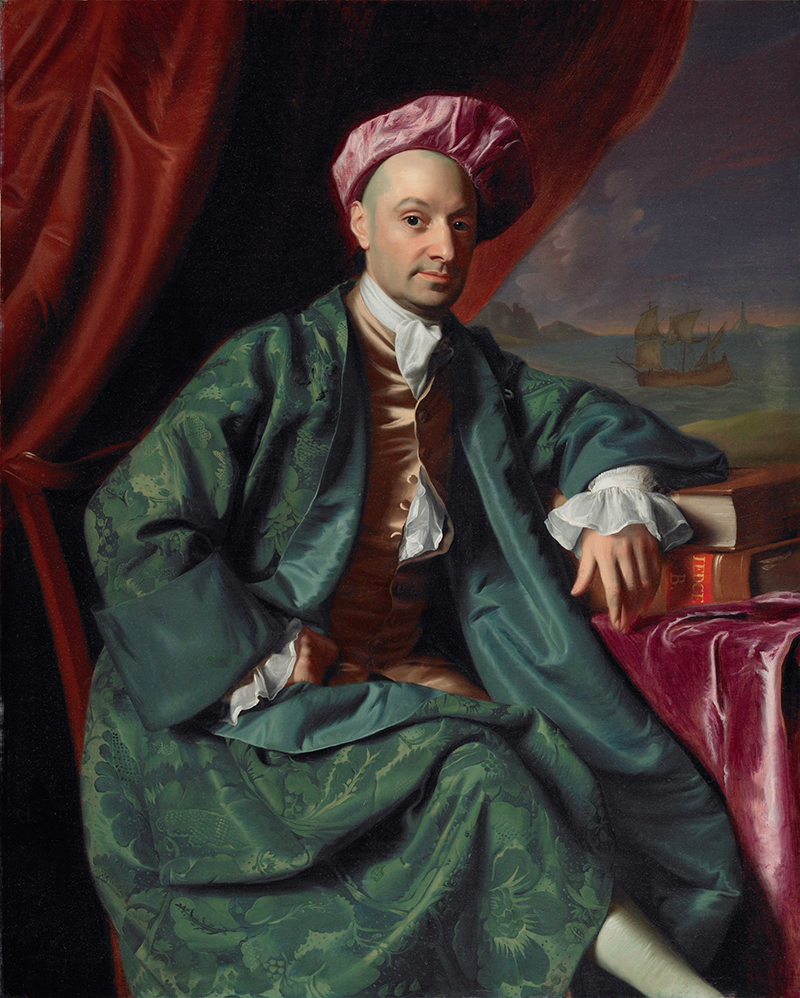 The garments chosen by sitters ranged from near-authentic Turkish ensembles to eastern-inspired garments such as the banyan, or romanticised notions of European fashions with the merest hint of exotic influences.

The cotton velvet lining of this banyan is in a leopard print. Fabrics imitating animal patterns and colours appeared in European fashionable dress as early as the 18th century, when elaborate trompe l’oeil silk designs emulated exotic furs intertwined with expensive laces. Such fabrics communicated a sense of luxury, wealth and power.

Animal prints and skins are traditionally thought to convey power to the wearer. Graceful and powerful hunters, the leopard print is suggestive of cunning and instinct. Unsurprising then that leopard print has remained popular since the 19th century for both male and female fashions.