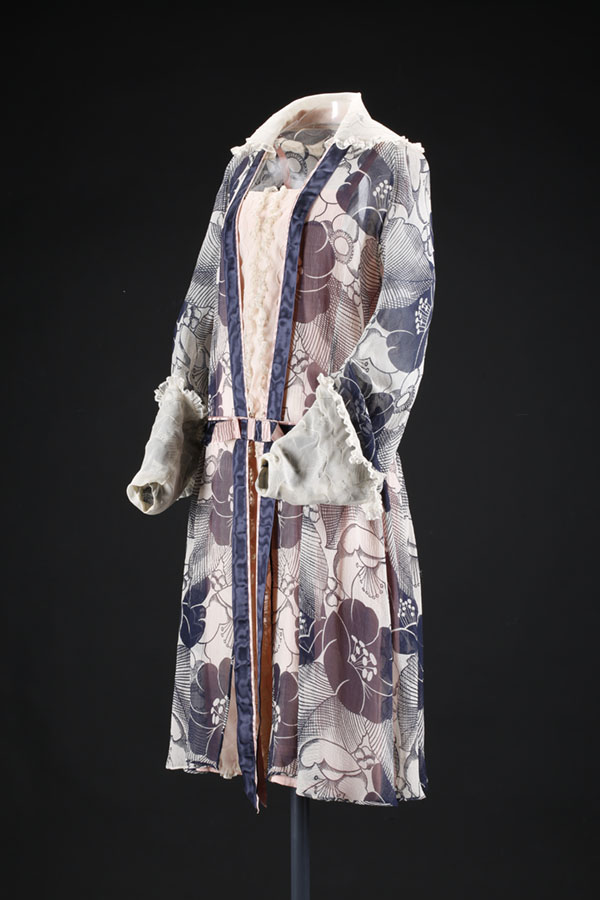 One of the most influential figures of early 20th-century fashion, Paul Poiret was known in America as ‘The King of Fashion’ and in Paris as simply ‘Le Magnifique’. He learned his craft at Doucet and Worth, two of the oldest and most revered couture houses, before opening his own in 1903.

Spurred on by the enthusiastic reception of the Ballet Russes, who first performed in Paris in 1909, Poiret designed theatrical fashions. His designs played with eastern influences and vivid colour combinations. Particularly famous among Poiret’s creations are his hobble skirt of 1910, his fanciful eastern-inspired ‘harem’ pantaloons of 1911 and lampshade tunics of 1913, and his revival of the high-waisted Directoire or Empire style. 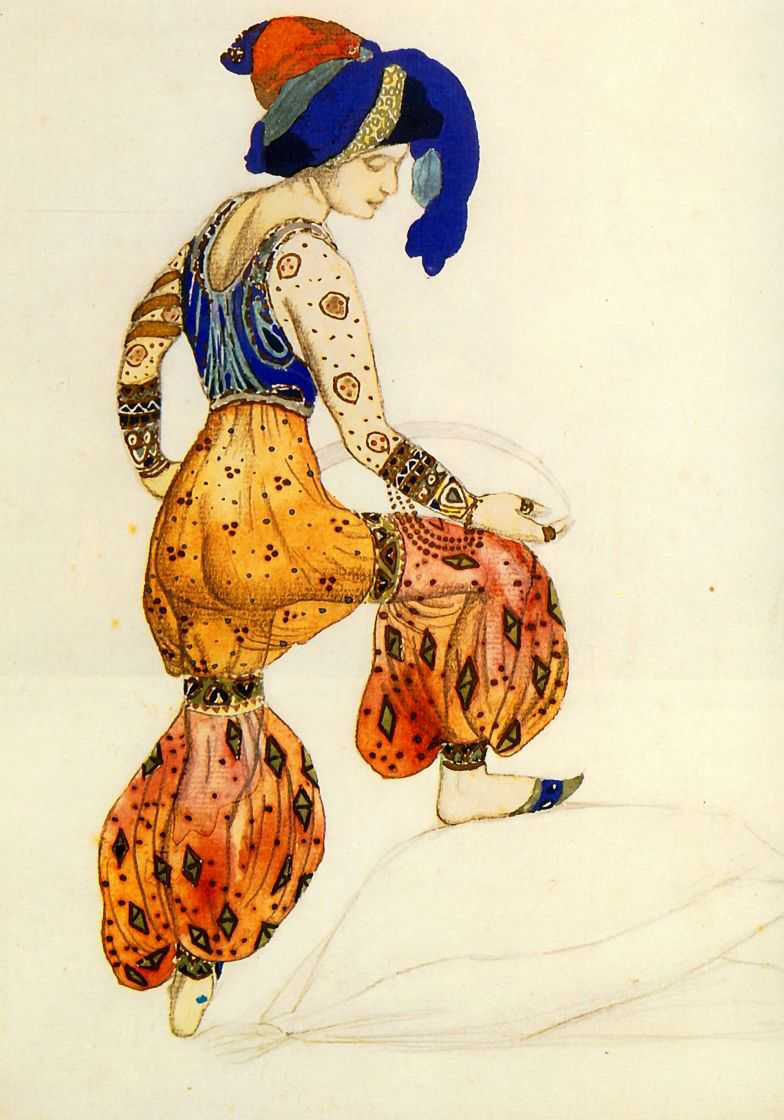 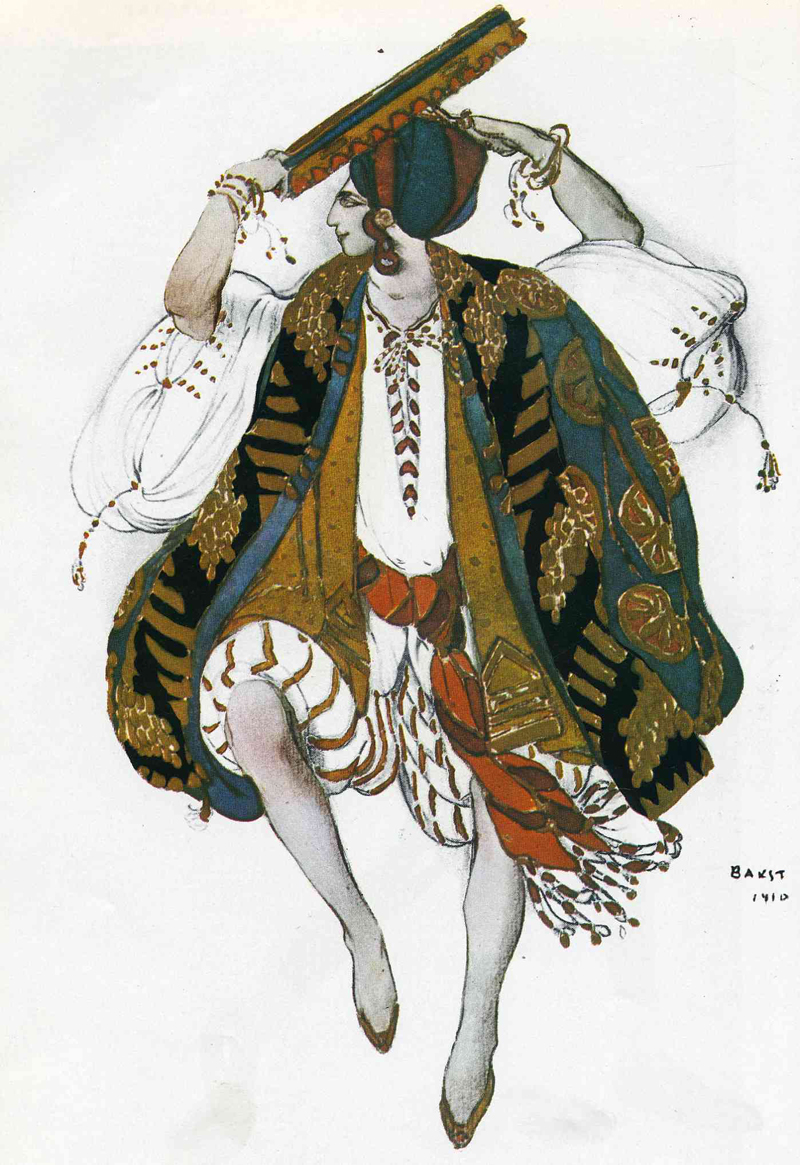 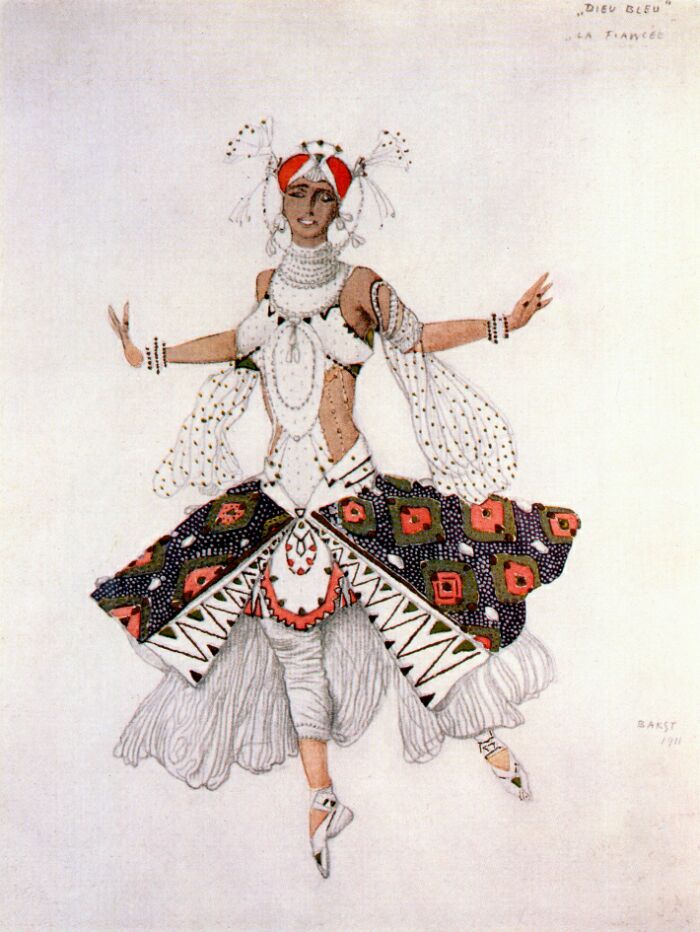 Poiret presented his fashion as works of art, believing the two were one and the same. He collaborated with avant-garde, modernist artists on his designs; his most enduring collaboration was with the French Fauvist painter Raoul Dufy. Dufy’s flat graphic patterns fit perfectly with Poiret’s two-dimensional abstract shapes.

Dufy’s lively and colourful designs became popular for both ceramics and textiles, showcased in part by his work for Poiret. From 1912 to 1930, he designed woven and printed textiles for the silk manufacturer Bianchini-Férier. Many of these were bought by leading Parisian couturiers, including Poiret, Jeanne Lanvin and Jean Patou.

Poiret’s marketing achievements outlived his maverick innovations in fashion. Harold Koda and Andrew Bolton of the Metropolitan Museum of Art credit him with developing the blueprint of the modern fashion industry. He was the first couturier to promote the concept of a ‘total lifestyle’, diversifying into cosmetics, perfumes and interior design, and publicising his collections with lavish themed parties for the society elite. 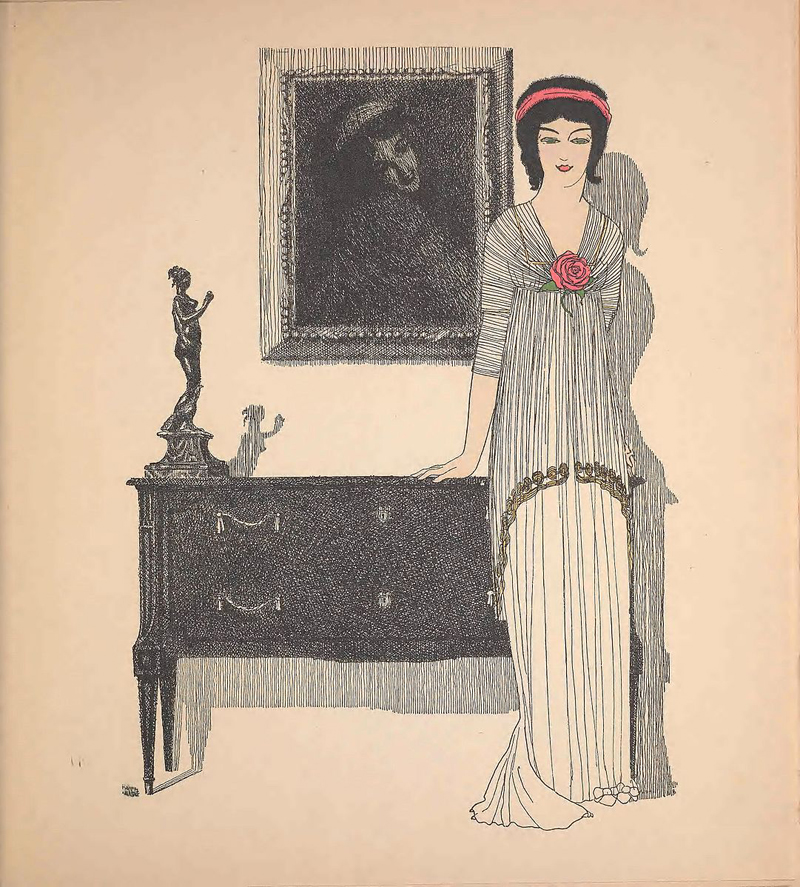 Poiret’s revolutionary approach to dressmaking was a radical departure from the traditions of haute couture, with its reliance on the precision of pattern-making. His fascination with antique and foreign dress, such as the Greek chiton, Japanese kimono and Middle Eastern caftan, inspired him to create two-dimensional fashions, largely constructed from textiles cut in rectangles. 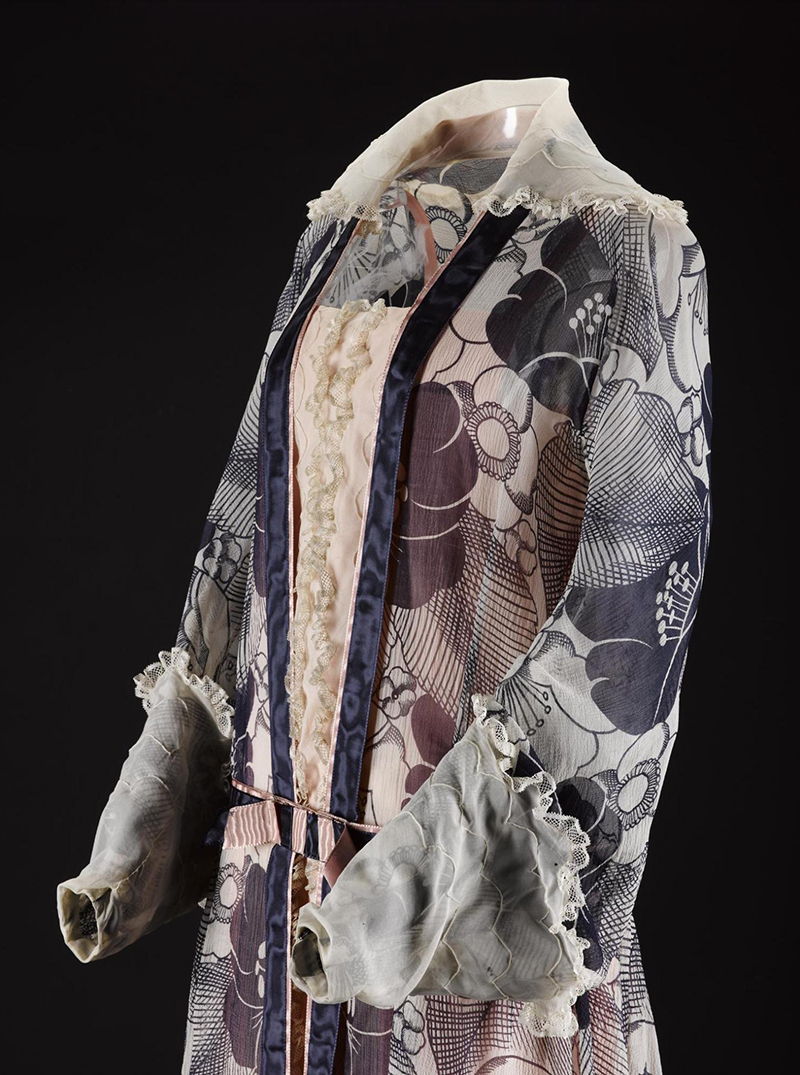 The tubular line of 1920s fashion suited Poiret’s cylindrical creations. This day dress is simply constructed, but made from the finest materials. Comprising a delicate sheer chiffon body, lined with a pink crepe de chine petticoat; the collar and cuffs are made of an exceptionally delicate organza, trimmed with Valenciennes lace.