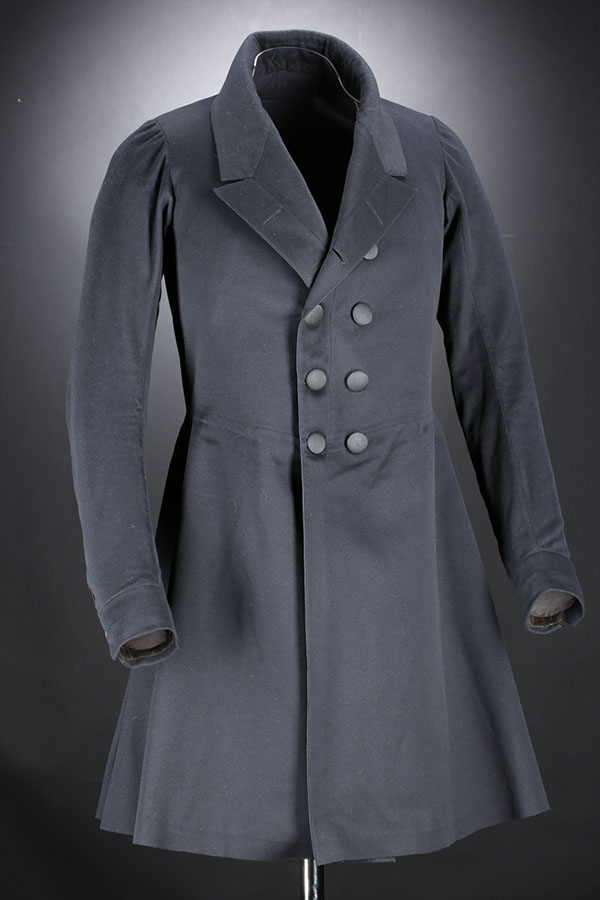 Frock coats appeared in fashion around 1816. In the early 19th century, fashionable men sported low, tightly-cinched waists with puffed-out ‘pigeon’ chests and flared skirts. This look emphasised the ideal hourglass figure, inspired by Prince Albert. By the 1830s, it was the most popular coat for day wear or ‘undress’ and this silhouette persisted into the 1840s.

In marked contrast to our modern aesthetics of tailoring, shoulder pads were rarely worn. Instead, the ideal male figure could be reinforced further with padding to round out the chest. The height of the waist and the length of the coat skirts changed according to fashion, although knee-length was generally considered most conservative. 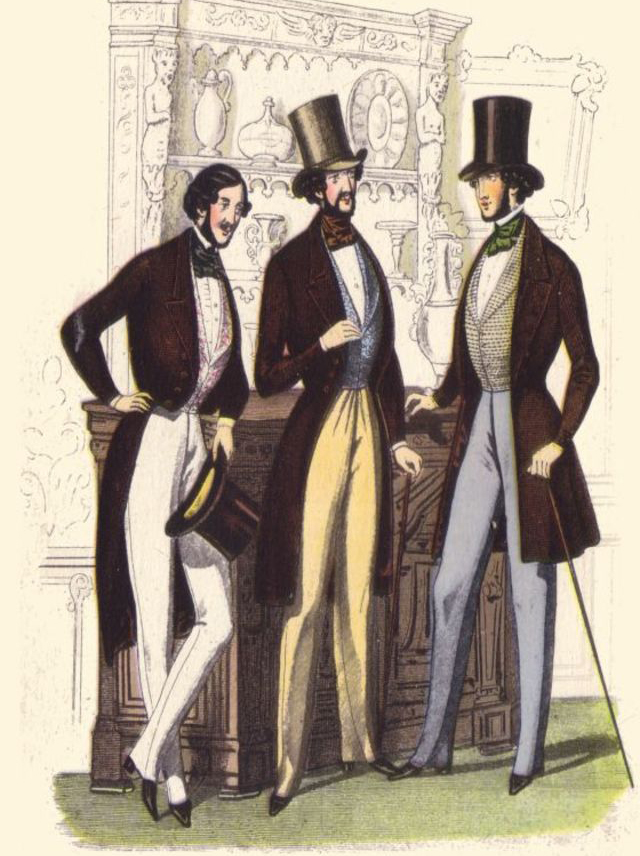 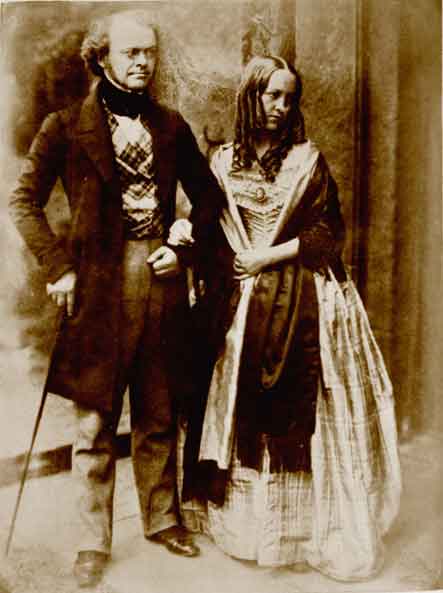 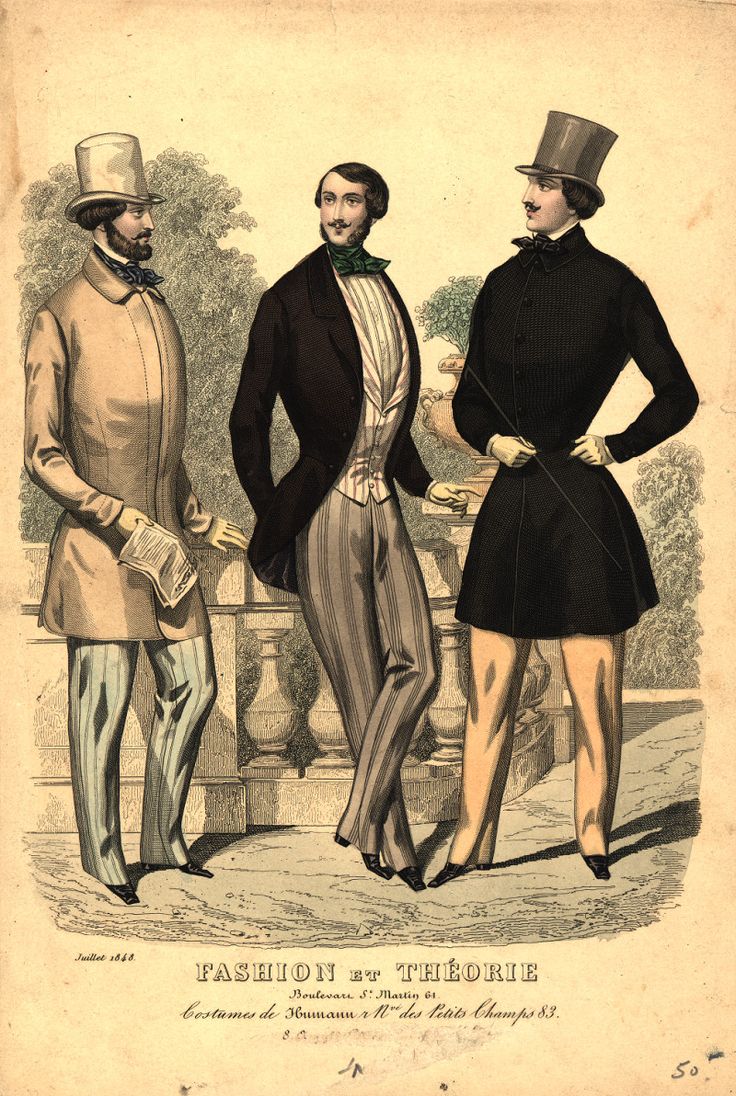 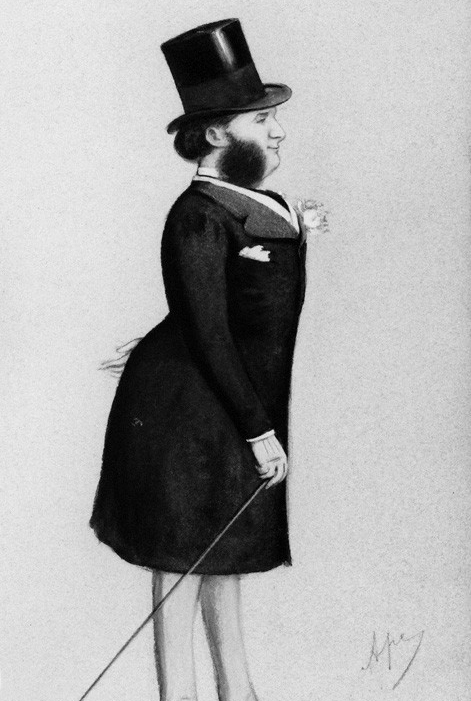 As women’s clothing became more elaborate in the 19th century, men’s formal dress became sober in palette and constant in its design. As a result of industrialisation, ready-made tailoring was no longer the preserve of the upper classes. The frock coat, paired with a top hat, was adopted by many of the professional classes. It quickly became a sign of urban respectability.

The frock coat had humble origins, evolving from practical woollen coats worn for farming and sporting activities in the 18th century. Despite this, the frock coat was slowly accepted as formal day dress by the 1850s. This development relegated the dress coat exclusively to evening full dress. But Victorian fashion was fickle and the morning coat soon superseded the frock coat. By the end of the century, it was only worn as court or diplomatic dress.

There was strict etiquette surrounding when a frock coat could be worn, largely in the same situations as our modern lounge suit. A frock coat worn for formalwear was always double-breasted with peaked lapels; more common was the informal single-breasted frock coat with a notched lapel. 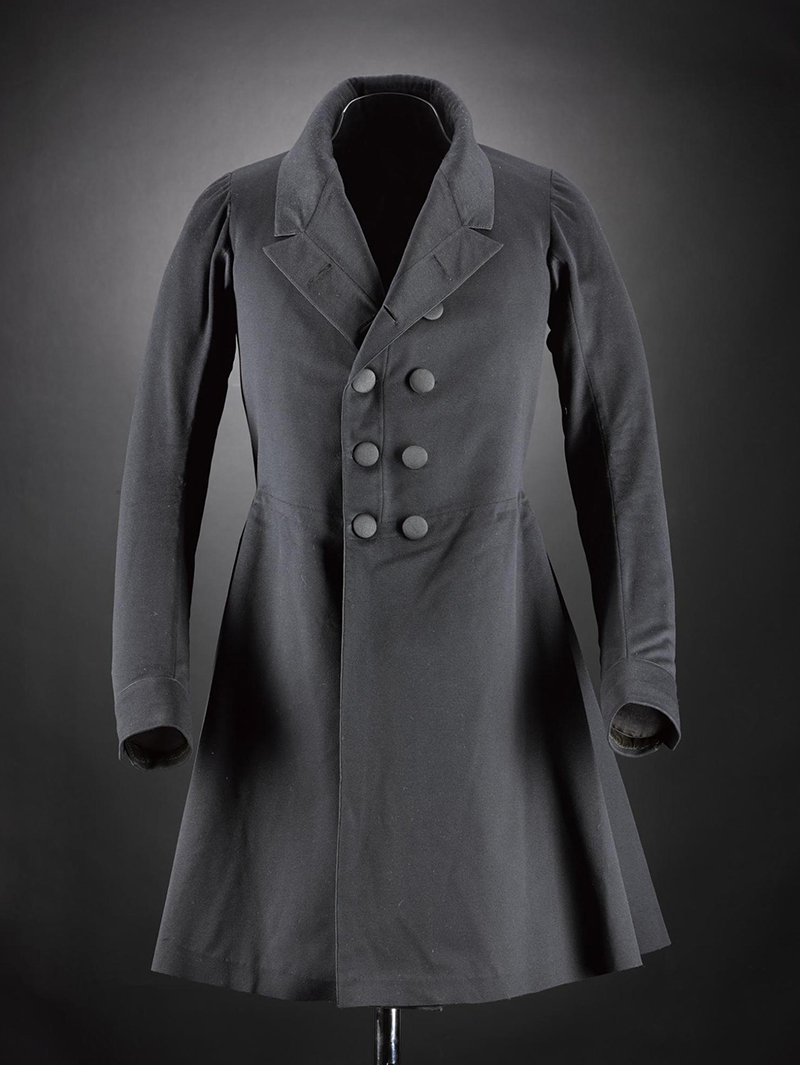 This frock coat was worn with a vest or waistcoat, tightly-tailored trousers and a shirt, usually featuring a high, straight collar before the turndown collar became fashionable in the 1850s. The proper accessories to wear with a frock coat included a top hat, formal gloves in light grey suede, chamois or kid leather, a boutonnière in the lapel, and a cane.

The weight of the skirts made it difficult to cut the fronts in one piece, so a waist seam was introduced in the 1820s. The waist suppression is quite marked – the coat’s diameter here is less than around the chest, achieved by side panels of fabric above the waist which pull in the naturally cylindrical drape. 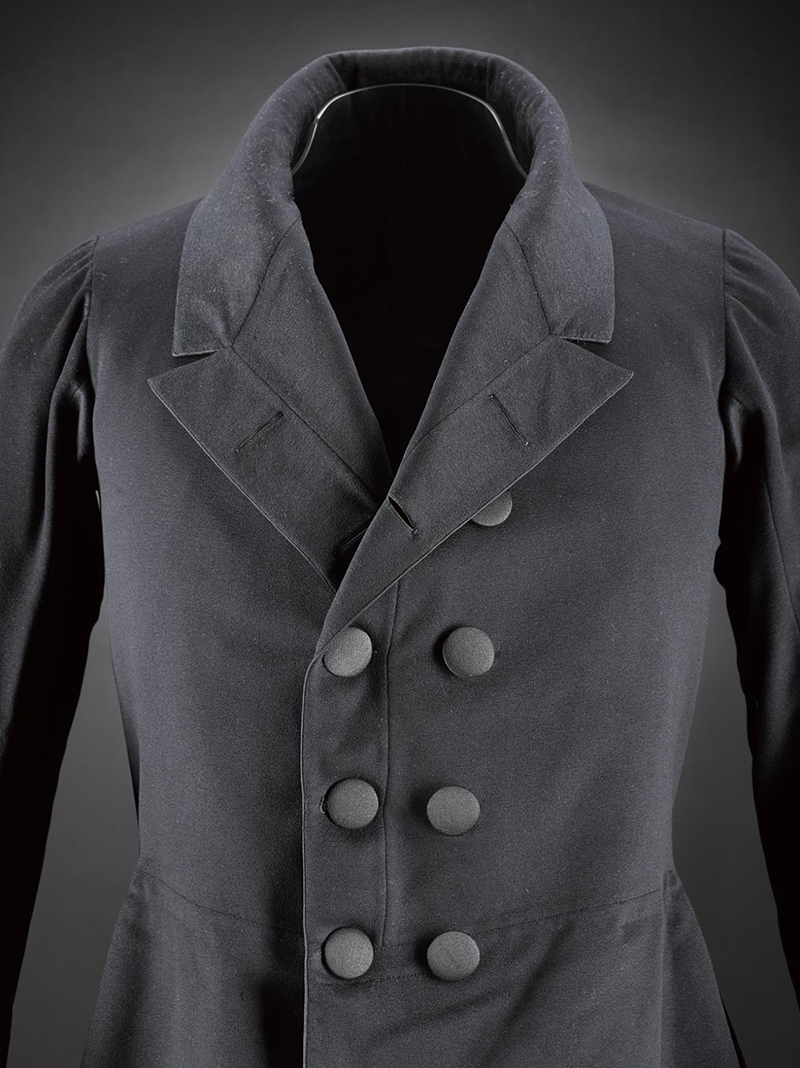 Throughout the Victorian era, all coats were individually cut to the exact measurements of the wearer. It was usual to cut the lapels separately and sew them on afterwards, to ensure an elegant lapel roll. Characteristically, frock coats of this time also had no outer pockets. This became a feature towards the end of the 19th century as pocket squares became fashionable.