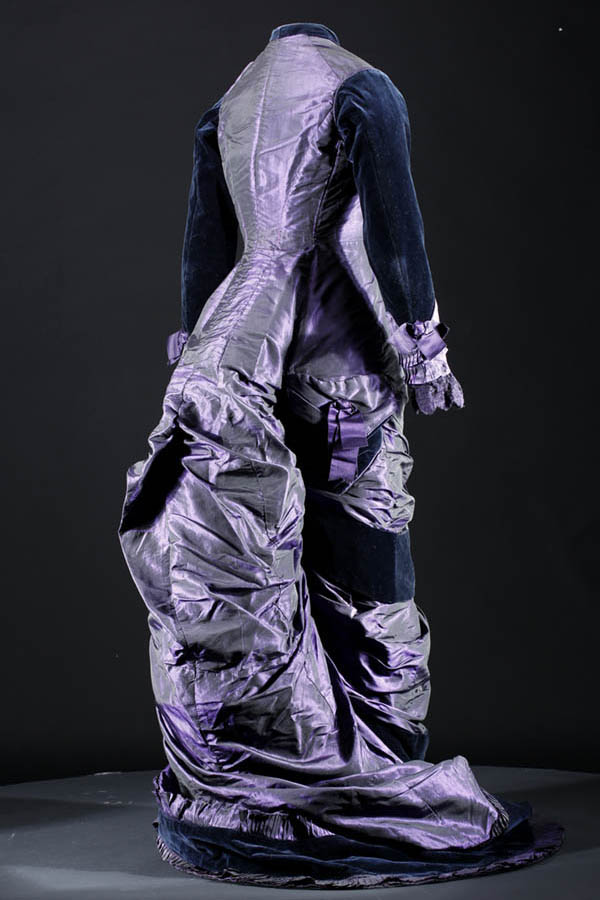 This dress has been constructed with the ‘princess line’, a landmark development in fashionable dressmaking. In the mid-1870s, dresses began to be tailored with vertical darts and seams, removing the need for waist seams. The form became known as the princess line in dresses, or the cuirass in jackets and bodices extending over the hip.

The cuirass was an extremely figure-hugging style, credited as the first ‘body-con’ fashion. Its height of popularity was around 1876 to 1879 and may have been responsible for Charles Blanc’s comment.

The dark purple colour of the dress would have been suited for wear in an urban environment, while the full sleeves and high neckline indicate this was a day dress. Lighter and more frivolous styles were worn at seaside resorts or horse racing events, for example, where there was more social freedom for experimenting with dress. 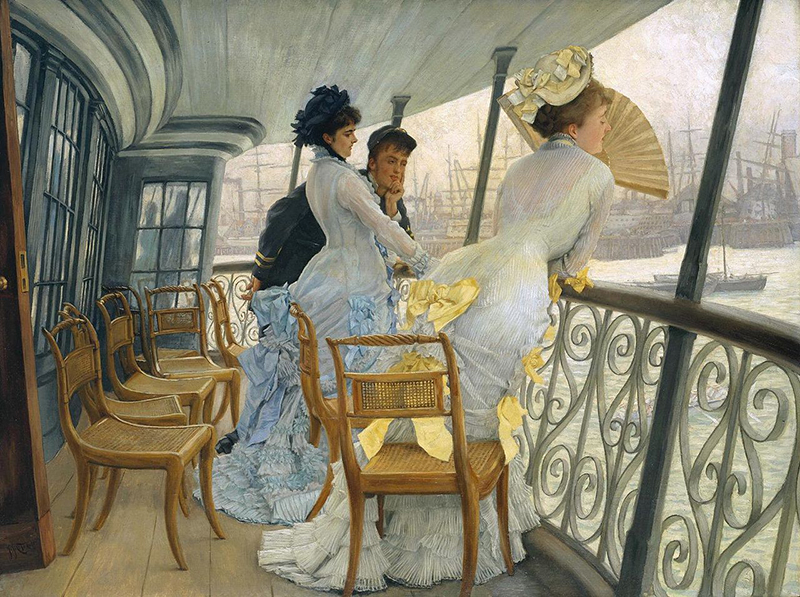 The figure-hugging cuirass style was particularly associated with Alexandra, Princess of Wales, who was the subject of fashionable media coverage throughout her royal life. Alexandra had a naturally slim figure and has been credited with starting the trend for tailored yachting dress in the 1870s. This consisted of a fitted jacket and skirt with little embellishment.

The fitted cuirass bodices and princess line dresses appeared to be a move towards simplicity in dress. However, their potential perils in restricted leg-movement, competitive behaviour over waist size, and long, dust-harbouring trains were contributing factors in the increased ferocity of dress reform movements. These gathered pace after the success of the clothing stands at the International Health Exhibition in London in 1884. 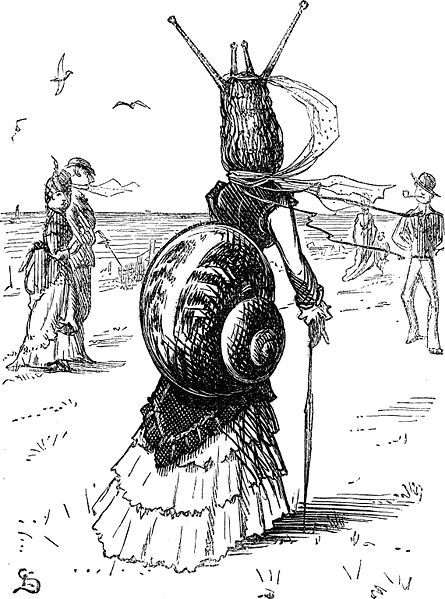 The British-born couturier Charles Frederick Worth is credited with the innovation of ‘princess line’ tailoring, which followed the mid-century fashion for voluminous crinoline dresses.  These trained skirts were held towards the back of the legs by internal ties, and supported by starched petticoat frills, a precursor to bustles. 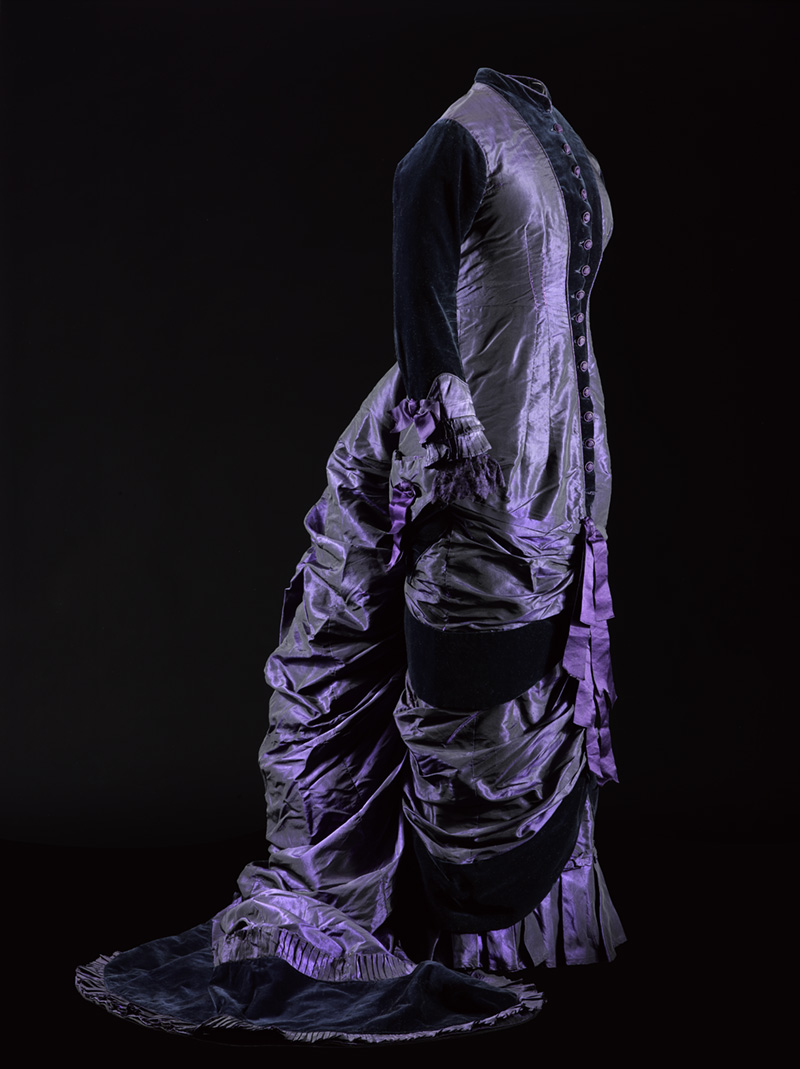 The tight fit of the princess line forced changes in underwear. In 1873 the ‘spoon’ busk corset was invented, claiming to be less harmful to the abdomen by spreading pressure, yet still smoothing and flattening the stomach. Combination knickers and vest also became increasingly popular, and were sometimes worn under chamois leather underwear, to smooth and restrain the figure.